Vital Question And Points As ISWAP Reportedly Threatens To Abduct President Buhari And El- Rufai “By The Grace Of God!”

Vital Question And Points As ISWAP Reportedly Threatens To Abduct President Buhari And El- Rufai “By The Grace Of God!”

The reported extremist and military arm of the Nigerian terrorist group Boko Haram, known as The Islamic State’s West Africa Province (ISWAP), recently boldly threatened that they would abduct and hold the Nigerian President Muhammadu Buhari and Kaduna State Governor Nasir El-Rufai hostage, and alarmingly, nothing has been done about it by the Nigerian government!

The ISWAP terrorists, reportedly responsible for the abduction of the Abuja-Kaduna train passengers, made the threat as they bragged on a video that is currently making the rounds on social media, where they were seen flogging the abducted victims mercilessly. 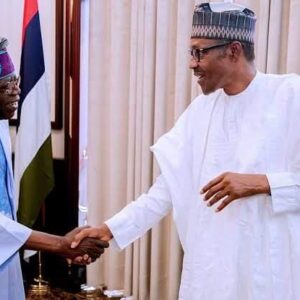 One of the terrorists who spoke in the Hausa Language allegedly said: “This is our message to the government of Nigeria, and just as you have seen these people here, by God’s grace, you will see your leaders; your senators, and governors will come before us.

These ones you are seeing here, we will keep some as our slaves and sell them off just as our Imam told you in the past. Just like the Chibok girls that were sold off, we will equally sell these ones as slaves.

If you don’t adhere to our demands, we will kill the ones we need to kill and sell the remaining. By God’s grace, El-Rufai, Buhari, we will bring you here.” 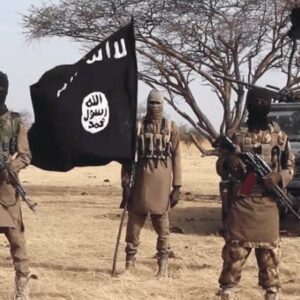 The Islamic State’s West Africa Province (ISWAP), has had an unchecked and free reign of terror in Nigeria since Buhari assumed office as President in 2015.

These were the same Chibok girls that this Buhari and APC administration vigorously used to campaign against former President Goodluck Jonathan and promised they would be rescued “within the first few months” of their tenure if given a chance to rule!

Alas, not only did they never keep that promise, but now even they are being brazenly threatened with abduction and slavery, and this brings a troubling question to mind:

(1) What is the secret relationship between ISWAP, Boko Haram, and Buhari and the APC?

It is not bad enough that the All Progressives Congress (APC) had boldly decided to break not only a long-standing democratic tradition of having running mates from the two major religious beliefs in the country but also appoint a well-known alleged Boko Haram sponsor and supporter in Kashim Shettima. 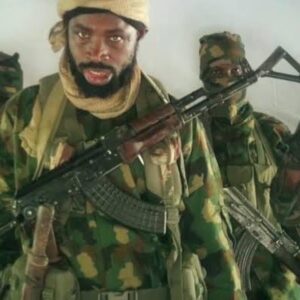 The ISWAP terrorists, reportedly responsible for the abduction of the Abuja-Kaduna train passengers, made the threat as they bragged on a video that is currently making the rounds on social media, where they were seen flogging the abducted victims mercilessly.

Now they’ve taken it up a notch, as things have degenerated so bad that a terrorist group operating with an alarmingly free rein in the country is now brazenly threatening to kidnap the president, and many days after, nothing has been done about it!

Yet, the likes of Nnamdi Kanu, Sunday Igbowo, and many others like them never dared such before they were hunted down like dogs, even to other countries, branded traitors, terrorists, and threats to national security, and slammed behind bars indefinitely by this same President Muhammadu Buhari!

As things stand presently, we can’t help but wonder: What is it about Boko Haram and all its branches that have been so sacred for Buhari and his administration to touch? It’s easy to add 2 and 2 together in their case and arrive at the usual 4, but we don’t want to be seen as jumping the gun here. 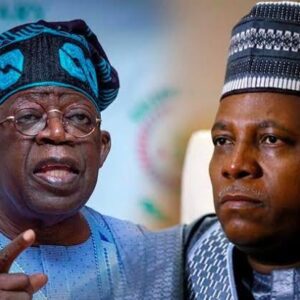 The APC boldly decided to break a long-standing democratic tradition of having running mates from the two major religious beliefs in the country, and also appointed a well-known alleged Boko Haram sponsor and supporter, Kashim Shettima as their VP candidate.

Hence the rhetorical question: Is there something the APC and this administration are not telling us about these terrorists and bandits that have totally and so freely overrun Nigeria since they came into power? Or, how else can anyone justify a terrorist group, reportedly camped in already known locations in the country, threatening to abduct and hold the President of the Federal Republic of Nigeria hostage? Yet, no military action has been taken against them for over 48 hours?! What could be more treasonable and warrant even a state of emergency than this?!

Dear Muhammadu Buhari and the APC, please make it make sense to Nigerians and the rest of the world who are watching and seeing all you’re doing…please!

And, for Nigerians living in the country, we can only hope and pray that may greed, poverty mentality, and avarice not kill many of you because we can never understand how any sane person could have witnessed all these evil done by Buhari and the APC for over 7 years now, and still be drumming up support for them and any candidates they present! 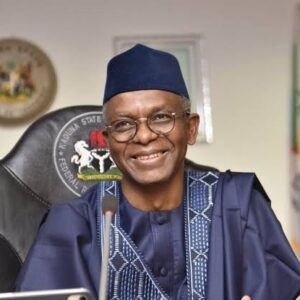 As for these evil ISWAP bastards, we’re pretty sure that at this point, many Nigerians would even be glad to reward you if you carry out this particular threat, so could you kindly speed it up and be useful for something good for once, please?

What do you think has made the Buhari administration such a toothless dog against insurgency and insecurity in Nigeria since he assumed office? Please share your thoughts with us in the comments section below or via our Facebook pages: Wenetly and Prof. Mgbeke.

Post Views: 5
Spread the love
PrevPreviousMajor Question Arises As China Reportedly Threatens Military Action Against The USA Over Taiwan
NextIs Brittney Griner Being Set Up By Her Russian Attorneys So Russia Can Have Another High Profile American Prisoner? Here’s Why We Believe So!Next